Canadian Home Sales are up!

Home sales soared in April for the third month in a row, but the real estate market has not yet made up for all the lost momentum of the past year, the Canadian Real Estate Association says. Sales of homes in Canada, seasonally adjusted, jumped 11.2 per cent in April compared to March, the largest month-to-month increase in more than five years, CREA said. The gain compounds advances of 10.3 per cent in February and 7.7 per cent in March. Home sales volumes were a full 32 per cent above January's levels – the lowest levels in a decade. “Simply put, this was a very strong housing market report,” said Millan Mulraine, economics strategist at TD Securities. “It is suggesting that the worst of the correction in the Canadian housing market may be behind us, and that the housing sector may be on the mend.”
Posted by Doug Pedlar at 2:18 PM No comments: 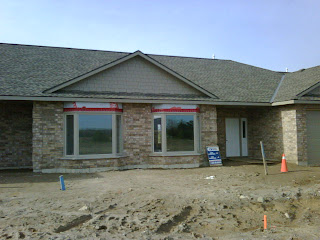 Forest's newest adult lifestyle development, Townsend Meadows is the ideal destination for anyone 55 years or older who is looking for an exclusive retirement development in a caring community, here in Lambton Shores. The third block of Town Homes are just starting and will be ready for late fall occupancy. Check out the website at http://www.townsendmeadows.com/ for all the information on this new development.
Posted by Doug Pedlar at 3:11 PM No comments: 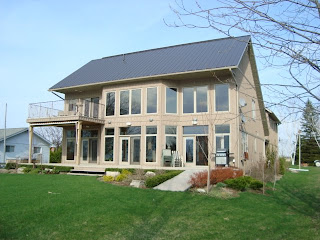 Just listed this custom built lakefront home in the Shangrila subdivision 10 Kms. south of Bayfield. Great sandy Beaches with private stairs, interlocking brick drive and a spacious 3 car garage with upper studio apartment are just a few of the features! The Great Room gives you a spectacular view of Lake Huron with floor to ceiling windows, hardwood floors and the vaulted ceilings you will think your in Heaven!
Posted by Doug Pedlar at 12:44 PM No comments:

Last month, 804 homes exchanged hands in the jurisdiction of the London and St. Thomas ssociation of REALTORS® (LSTAR), including 666 detached homes (up 1.8% from April 2008) and 138 condos (down 26.6% from April 2008). Year to date, 1,840 detached homes and 414 ondos have been sold – down 15.1% and 26.9% respectively compared to the same period in 2008. “April sales have increased by 20% over March – that’s great news, especially in a tougher economy,” says Joe Hough, LSTAR President. The federal government incentives announced in the last budget, including the increase in the maximum withdrawal allowed under the Home Buyers’ Plan to $25,000, and the First Time Buyer Tax Credit, have certainly influenced April’s sales.”
Posted by Doug Pedlar at 9:44 AM No comments: