Doug and Mark at the REMAX Fall Connect 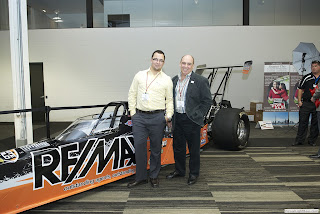 We made it to Mississauga in late Sept. to the RE/MAX Fall Connect. We took real estate courses the first day and Mark was able to see the speakers the second day. Great event and a good turnout for RE/MAX. Got our pictures taken with the RE/MAX dragster out of Stratford, and they just posted them on the website.
Posted by Doug Pedlar at 2:19 PM No comments:

According to statistics released today by The Canadian Real Estate Association (CREA), national resale housing activity picked up in September 2011.
Sales activity rose 2.7 per cent in September from the previous month.
Holding in line with the ten-year average, activity during the first nine months of this year pulled ahead of sales over the same period last year.
· The number of newly listed homes held steady when compared to the previous month.
· The national housing market tightened in September from the month before, but remains firmly entrenched in balanced territory.
· The national average price posted the smallest year-over-year increase since January.
National sales activity rose 2.7 per cent in September when compared to August, and follows three months of stable activity. September’s increase reflects strengthened activity in a number of major markets, led by Toronto. The monthly increase pushed national sales to its highest level since recently tightened mortgage regulations dampened sales earlier this year.
Posted by Doug Pedlar at 11:47 AM No comments:

Fall is here in Colour! 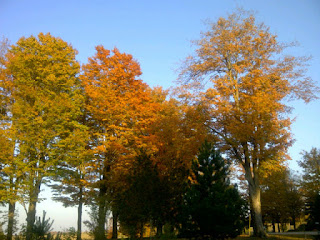 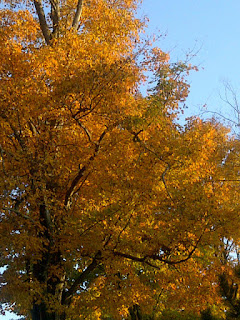 Thanksgiving was with the Pedlar family in Fordwich, near Listowel where the maples have turned a bright yellow already. So you don't need to go north to see the colours any nicer than right here at home!.....
Posted by Doug Pedlar at 12:36 PM No comments:

The Harvest is here in Huron County 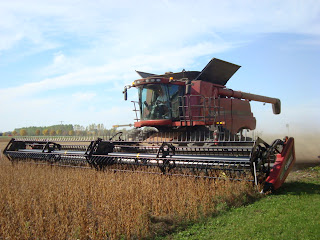 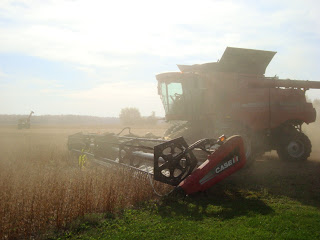 With Thanksgiving upon us it was nice to see the farmers getting their soybeans off with this great weather on the weekend here in Grand Bend.
Posted by Doug Pedlar at 12:28 PM No comments:

The London Free Press reported that after a slow start, the London-St. Thomas real estate market continues to rebound this year. Year-to-date sales have almost caught up to 2010. The London-St. Thomas Association of Realtors (LSTAR) said 702 homes sold in September, up 19.2% over the same month last year. The sales include 589 detached homes and 113 condos. So far this year, 6,512 homes have sold, slightly below the 6,567 sold in the same period last year. Real estate sales in London-St. Thomas were down as much as 15% in the spring compared to 2010, but the market started to turn around in June. "We had a bit of a slow start in 2011, but we're definitely on the right track now . . . and we expect this positive trend to continue." said LSTAR president Jack Lane. The number of active listings was also up 9% in September. "We're absolutely in a balanced market these days," said Lane, "which means a level playing field for both buyers and sellers."
Posted by Doug Pedlar at 11:38 AM No comments: