Lack of inventory will be the greatest Challenge facing housing markets across the country this Spring, according to a report released today by RE/MAX. The RE/MAX Market Trends Report 2010, which examined real estate trends and developments in 16 markets across the country, found that unusually strong activity during one of the traditionally quietest months of the year has led to a sharp decline in active listings in 81 per cent of markets surveyed. The threat of higher interest rates, tighter lending criteria, and in British Columbia and Ontario, the introduction of the new Harmonized Sales Tax (HST) have clearly served to kick-start real estate activity from coast-to-coast, prompting an unprecedented influx of purchasers. As a result, 87.5 per cent of
markets posted an increase in sales in January. Average price appreciated in 81 per cent of markets surveyed. “There have never been so many motivating factors in play at once,” says Michael Polzler, Executive Vice President, RE/MAX Ontario-Atlantic Canada. “We’re in for a heated Spring market that will, in all probability, spill over into the summer months, as the window of opportunity draws to a close. The supply of homes listed for sale has been drastically reduced, housing values are once again on the upswing, and banks and governments are moving in unison toward stricter lending policies.” Markets experiencing the tightest inventory levels include Toronto (- 41 per cent); Kitchener-Waterloo (-33 per cent); Ottawa (- 30 per cent); Victoria (- 30 per cent); Greater Vancouver (- 27 per cent); Halifax-
Dartmouth (- 19 per cent); London-St. Thomas (- 18 per cent); Regina (- 16 per cent); and Winnipeg (- 13 per cent). Conditions were still balanced, but starting to tighten in Calgary, Edmonton and Saskatoon,particularly in the single-family detached category.
Posted by Doug Pedlar at 10:42 AM No comments: 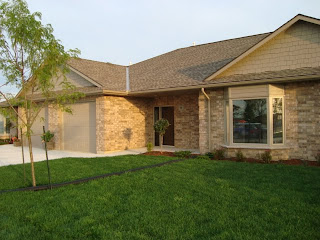 The Townsend Meadows Development is now completed and ready for area Seniors to move in. Attached is a Photo tour of the Development showing the progress of the Units being built. Just click here to see the photos.
Posted by Doug Pedlar at 8:30 PM No comments: 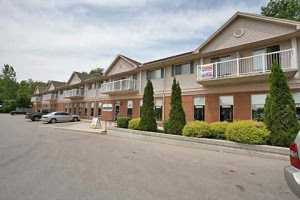 The Oakwood Place Condos located behind Tim Hortons here in Grand Bend are now registered and are being offered for sale at $139,900. These 2 bedroom units are all on one floor, come with 5 appliances and a balcony from the Master Bedroom. These units have gas heat, central air and are only a short walk to shopping, beaches and of course Tim's!
Posted by Doug Pedlar at 10:25 AM No comments:

I have attached the Grand Bend Yacht Club's Web Cam to my Community Links under the Sports & Recreation section. Just go there and click on the link and you will see what is happening at the Marina in Grand Bend. Right now there is very little except a frozen river and lake..waiting for summer and the crowds that will use the area this summer. Just Click Here
Posted by Doug Pedlar at 11:50 AM No comments:

Townsend Meadows is on the Map

Just put the photo of Townsend Meadows on the GOOGLE earth map with Panoramio. Fun to see how this shows up and if people can see where the project is now. Go have a look just click HERE!
Posted by Doug Pedlar at 5:53 AM No comments:

The winners of the first Don Smith Commercial Building Awards, established by the Regional Commercial Council (RCC) of the London and St. Thomas Association of REALTORS (LSTAR) and sponsored by CB Richard Ellis, Filogix and TD Canada Trust Commercial Group, were announced yesterday afternoon to a capacity crowd at the London Club. The story was reported in the London Free Press and the link to the story is attached.
Posted by Doug Pedlar at 3:50 PM No comments:

Tug of War at the Winter Carnival in Grand Bend

Posted by Doug Pedlar at 2:15 PM No comments:

This is the link to my monthly newsletter. Get ready for the Grand Bend Winter Carnival Feb. 5-7th and 12-14th weekends.
Posted by Doug Pedlar at 11:08 AM No comments:

Posted by Doug Pedlar at 2:07 PM No comments:

Evidence that market is stabilizing

In January 2010, 472 homes exchanged hands in the jurisdiction of the London and St.Thomas Association of REALTORS (LSTAR). “Given that the ten-year average for January home sales is 450, I’d have to say that last month’s sales were right in line with those of previous January's,” observes LSTAR President Richard Thyssen. “And that’s a high average, given peak years in 2006 and 2007. While it’s still early days, better numbers in October, November and December 2009 and now in January 2010 may indicate that the market is beginning to stabilize.” This month’s sales include 377 detached homes (up 53.9 % from January 2009) and 95 condos (up 58.3 % from January 2009). “Although these percentage increases seem large, you have to remember that January 2009 was down 35% from January 2008,” explains Thyssen. “Last January’s figures told us that we were in a significant downturn. Today’s tell us that we are in recovery.”
Posted by Doug Pedlar at 11:57 AM No comments:

We made it up skiing this past weekend and even though it was cold we did get on the hills and made a few runs with the boys. Unfortunately Jeannette didn't do so well after falling on her hip on Saturday afternoon and cracked her hip bone....Yes she got the free ride down the hill by the nice ski patrol, made it to the Collingwood hospital for X-rays and got to say Thanks, to the Nurses and Doctors for trying to help her. We are now home and she is limping around wondering when we should go back skiing! Not for a while, as she will be 2-3 weeks healing.
Posted by Doug Pedlar at 3:51 PM No comments: